ICW friendly, 6 ' draft, the raised salon Oyster 53 Moondance is currently cruising in New England. Created by the Oyster Design Team, with hull lines by Rob Humphreys, the Oyster 53 emulates her larger sister, the 56, setting new standards of performance, style and comfort. Moondance is hull 46 built by McDell Marine in Auckland New Zealand She is in excellent condition and has been continually upgraded. No expense has been spared in her maintenance. For the last eight years Moondance had been captain maintained and used only in the summers in New England. She is hauled winterized and covered for eight months of the year. A personal inspection is highly recommended !

Stuart Yacht Sales would love to guide you through a personal showing of this 53' Oyster Oyster 53 Raised Salon 2005. This yacht for sale is located in Newport, Rhode Island and priced at $599,000. For a showing please contact us by filling out the form on this page and we will get back to you shortly!

To port with Quietflush electric toilet 2014, washbasin, it has a curtain for the shower area.

Featuring an opening table with glass and bottle stowage underneath and mat finish. Large dining area to starboard, outboard of which are a pair of lockers and a central shelf to the hullport. To port is a settee. Forward is locker door with Splendide slim line washer /dryer. Above the washer/dryer cabinet is the wine glass cabinet. Also above the locker mounted on the bulkhead is a Sharp 22" Aquos TV which swings out for viewing. Forward facing saloon windows open for ventilation.

To starboard with upper and lower berths with lee cloths. Lewmar hatch with blind and screen Hanging locker, drawers and cabinets Hella fan

United Yacht Sales is pleased to assist you in the purchase of this vessel. This boat is centrally listed by Jordan Yacht and Ship Co.. It is offered as a convenience by this broker/dealer to its clients and is not intended to convey direct representation of a particular vessel. The Company offers the details of this vessel in good faith but cannot guarantee or warrant the accuracy of this information nor warrant the condition of the vessel. A buyer should instruct his agents, or his surveyors, to investigate such details as the buyer desires validated. This vessel is offered subject to prior sale, price change, or withdrawal without notice. 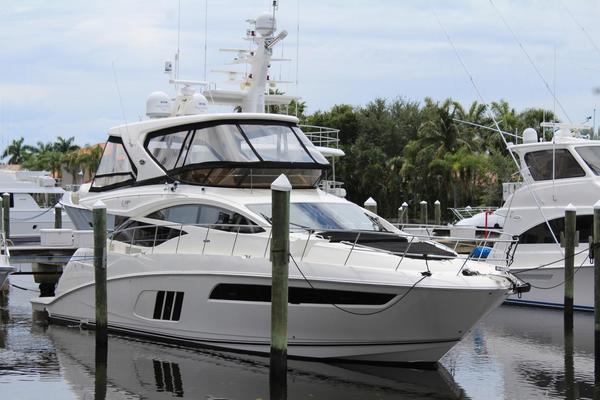