A superb display of European and American design and engineering,NO BUOYSwas built by the renowned Abeking & Rasmussen shipyard of Germany and later completed a massive refit and hull extension by the finest American shipyard, Delta Marine in 2009, at reported over$12,000,000with no expense spared on equipment and interior detail.The boat was almost never cruised from 2009 until the winter of 2015 and was delivered to her present owner in almost “as new” condition withonly 180 original hourson her main enginesNO BUOYSoffers6 comfortable Owner’s and Guests Stateroomsand a spaciousforward crew area for 6.The yacht has excellent charter potential and the legendary Tom Fexas hull design is very fuel efficient and easily driven with a possible5,500 mile range at 10 knots.Be sure to view NO BUOYS’s detailed VIRTUAL TOUR attached to this brochure.

Stuart Yacht Sales would love to guide you through a personal showing of this 139' Abeking & Rasmussen Raised Pilothouse M.y. 1985. This yacht for sale is located in Ft. Lauderdale, Florida and priced at $6,900,000. For a showing please contact us by filling out the form on this page and we will get back to you shortly!

Lower Deck:The Owner's stateroom with centerline king berth is below amidship with entertainment center aft, beautiful his and her onyx bathroom with centerline steam shower forward.Further aft to port is a queen berth stateroom with expansive desk area and ensuite bath with shower.There are two twin ensuite berth staterooms further aft, one with shower, one with a Jacuzzi tub.The forward crew area has a double cabin forward.A bathroom with stall shower is aft o port.Another upper and lower twin crew cabin is to starboard sharing the head to port.An additional crew cabin with upper and lower berths is aft to starboard with ensuite bathroom with stall shower.The crew mess is opposite and a crew entertainment center is inboard.The engine room is next aft.Just aft of the engine room are two (2) additional Guest Staterooms, the very spacious Laundry Center, and the large Lazarette with ample storage for water sports gear and a watertight door out to the swim platform.Main Deck:The owner's office/library is all the way forward with spectacular windows.there is extensive desk space against the aft bulkhead.A serving pantry is further aft with cross ship access to the crew corridor.The main galley with granite counters and commercial stainless steel appliances including 2 refrigerators, 2 freezers, and alto-sham oven, also has access to the crew corridor and then out to the port side deck.A day head is outboard to starboard.The dining salon is open to the main salon and is aft of the galley, with extensive crystal and table service storage around.The main salon is further aft with entertainment center against the aft bulkhead, L-shaped couches to port around a coffee table and two club chairs opposite.The salon benefits from large windows and beautiful high gloss pear woodwork.The main salon is further aft through two etched glass doors.This is a beautiful room, also finished in high gloss pear wood with couches to port and two game tables, each with four chairs opposite.There is access to the lower deck aft area from the starboard staircase or out to the open aft deck through two sliding glass doors.The open aft deck has a teak table with seating for 8 to starboard, and a settee opposite to port.This deck is covered by the sun deck overhead.There is a spiral staircase to the boat deck and flybridge on the port side.Access to the swim platform is down a central stairway and access to the passarelle is slightly offset to port.This entire area was added during her refit and the running gear was move aft.The lengthening, rebuild, repower, and refit was completed at Delta Marine, Seattle, under the supervision of Bill Langan.

The Company offers the details of this vessel in good faith but cannot guarantee or warrant the accuracy of this information nor warrant the condition of the vessel. A buyer should instruct his agents, or his surveyors, to investigate such details as the buyer desires validated. This vessel is offered subject to prior sale, price change, or withdrawal without notice.

United Yacht Sales is pleased to assist you in the purchase of this vessel. This boat is centrally listed by Luke Brown Yachts. It is offered as a convenience by this broker/dealer to its clients and is not intended to convey direct representation of a particular vessel. The Company offers the details of this vessel in good faith but cannot guarantee or warrant the accuracy of this information nor warrant the condition of the vessel. A buyer should instruct his agents, or his surveyors, to investigate such details as the buyer desires validated. This vessel is offered subject to prior sale, price change, or withdrawal without notice. 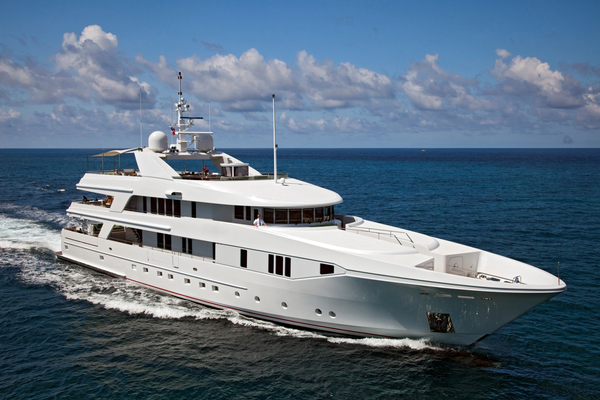 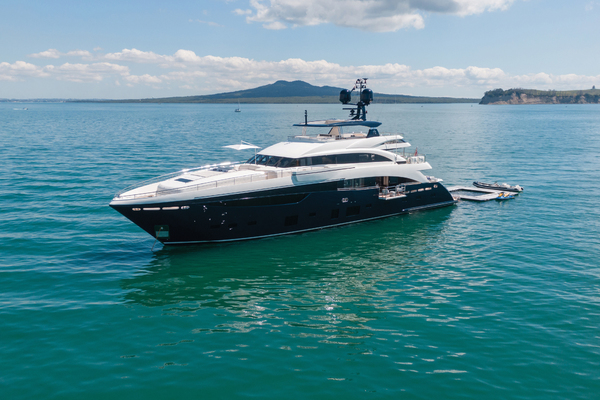